I am continually amazed at how valuable user testing can be.

I am also amazed at how hard it can be to convince people to take the time to do that. The benefits far, far outweigh the costs.

We just wrapped up a round of user testing for an intranet site we’re working on. We spoke with eight employees of our client, using a set of about 20 paper print-outs of wire-frames. 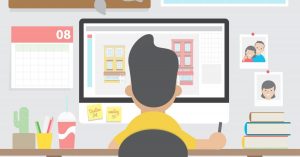 The process cost us a few days out of our schedule, but it will be the difference between a site that’s just okay and a site that people really find useful – which, especially for an intranet, is a crucial goal of the site! Not only did we get to test out the navigational structure we had come up with, but we got to see people use it real-time, see what tripped them up, and when and why. We were able to ask them questions right then about what they would have rather seen, or what they expected to find and how it differed from what we showed them.

There were several areas where our thinking was right on, but there were also a few places where we missed the mark, which is inevitable. So much better to find those areas now, before we’ve even started on design and it’s still simple to make changes, than after the site has been developed or even after it’s launched.

There are a seemingly infinite number of points in a project at which you can get user feedback, but here are a few of the major ones:

Research phase (user interviews)
Before you jump into designing your new site, you can get feedback on your current website, if you have one. Ask users what they like about it, what they don’t like about it, and why. This will get them talking about what they would rather see. And if you don’t have a current website, tell people the gist of what you’re thinking of and ask them their opinion.

Identify your goals for the redesign, and subtly work those into your questions to tease out some suggestions. Figuring out the right questions to ask is something of an art form, but after a few tries you’ll start to see patterns in the way people answer, and you can adjust accordingly. You’ll be amazed at how many great ideas people will come up with that you would never have thought of on your own.

You can also put a survey up on your current website, but be sure to give plenty of text fields for responses (instead of 1-10 scales or yes/no questions) – let people tell you in their own words what they like and don’t like.

As a consultant, I absolutely love talking to my client’s customers. There simply is no substitute for it. They give me a much richer picture of who the client is and what value they offer than the client could ever tell me themselves.

Information Architecture
This, along with user interviews, is where we usually do most of our testing, because we feel it has the greatest ROI. At this point you’ve done your research, hopefully, you’ve spoken with a few users and gotten a sense of how you can provide people with what they’re looking for. So you come up with a navigational scheme for the site. You can test that with just 3×5 note-cards, or post-its – present people with the global nav labels and ask them where they’d go to find X.

Once you’ve made your wire-frames, you can test those too. As I mentioned above, we ran a test with nothing more than a big stack of paper wire-frames that we had designed and refined over a couple weeks. We identified the areas of the site that we wanted to see if people understood, and we formulated questions and scenarios that got people to use those sections. We put a new paper wire frame in front of them every time they “clicked” on a link. If we didn’t have a wire-frame created for a link they clicked on, we just asked the user what they would expect to see if they got to that page.

There are all different levels of wire-frames you can test. Paper wire-frames are quick and easy. You can also create clickable wire-frames, which makes the user feel more like they’re using a website – helpful, especially considering how difficult it can be to explain the concept of wire-frames to the average person! If the functionality of your site is critical to its success, it would even be worth the investment to create a full working prototype from your wire-frames.

Visual Design
Often, the visual design of a site winds up looking nothing at all like the wire-frames you created. The page still has all the elements, but they get jumbled around and stylized, which can change their emphasis. It’s not a bad idea to put the visual design in front of your users before you move on to development – that way you can identify areas that users don’t see because of the way it has been stylized. Again, it’s far easier to change these things at this point than after you’ve begun development.

Post-Development
Once you’ve got the site up and running, user testing becomes all about finding the little tweaks that will take your product from good to great. Aren’t users reaching your conversion goals? Watch some folks use your site and see what they’re missing, or what you’re not offering them. Then make subtle changes that improve the user experience without totally blowing out the design or strategy.

If there’s one thing you take away from here, let it be this: take the time to test your ideas, no matter how small that test is. The site you come up with will be infinitely better because of it.